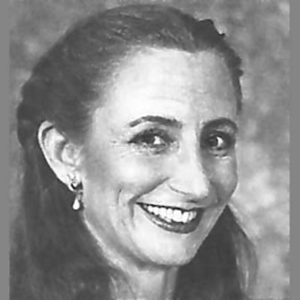 Barbara LeGault HRB’s Ballet Mistress is a graduate of Houston’s High School for the Performing and Visual Arts. Barbara Le Gault trained under Margo Marshall and was formerly with City Ballet of Houston. Since that time she has danced many leading roles with the Pittsburgh Ballet Theater and the Louisville Ballet. She was directed by Alun Jones and Helen Starr. In 1979 Jones paid Ms. Le Gault the ultimate compliment by creating his Cinderella especially for her. She also danced with Tennessee Festival Ballet directed by David and Anna Marie Holmes, and with the Summer Festival Ballet in Lisbon, Portugal. Her repertoire includes “Don Quixote”. “Swan Lake”, “Nutcracker”, Sleeping Beauty” and “Raymonda” just to name a few. Other credits include Houston Grand Opera productions of “Mefeistofoles” and “Aida”. Ms. LeGault was on the teaching staff of American Academy of Dance NHDT headquarters from 1987 to 2006. She has been on the faculty of Ballet Center of Houston since 2008 and is ballet mistress of Houston Repertoire Ballet.